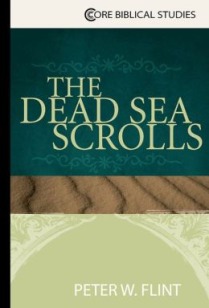 In a previous post, I summarized Matthew Richey’s answer to the question, “Was Greek spoken at Qumran?” He looked at 4Q350, Qumran epigraphy, and the Copper Scroll and concluded,

Taken together, these pieces of evidence suggest that Greek was used by the sect when they engaged in both affairs releated to trade and treasure hiding and seeking, a closely related activity.

I came across essentially the same conclusion tonight at the end of Peter W. Flint’s chapter on the non-biblical Qumran Scrolls in The Dead Sea Scrolls (Abingdon Press, 2013). In his discussion of “Other Documentary Texts” he states,

These scrolls shed light on daily life among the Yahad Essenes, as well as the community’s economic practices and organization… One Account is in Greek ([4Q]350), which underscores the importance of this language for everyday business, and for maintaining economic contact with outside communities. (p. 126)