During the past two weeks of Logic, we have been talking about rules that help students determine whether or not a syllogism is valid. We’ve covered the first four:

To understand these rules a student must be able to identify a syllogism’s major, minor, and middle terms. Last week, I made a big deal in class about how “if you go shopping for major or minor terms, you must go to the conclusion!” I tried my best to channel my inner Tom Haverford as I emphasized that it’s in the conclusion — not the premises — that one finds the major and minor terms.

This morning, as the students were filing in and I was hurrying them to their desks so we could start a quiz, I was presented with with this gem: 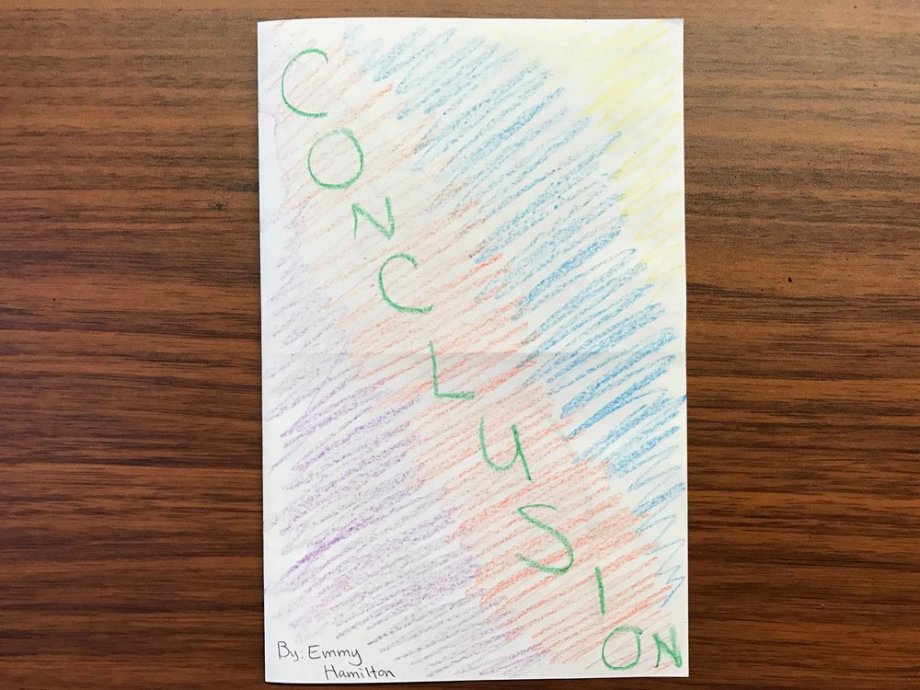 Scene by scene, the wisdom of shopping at “Conclusion” is beautifully illustrated. Thanks, Emmy! 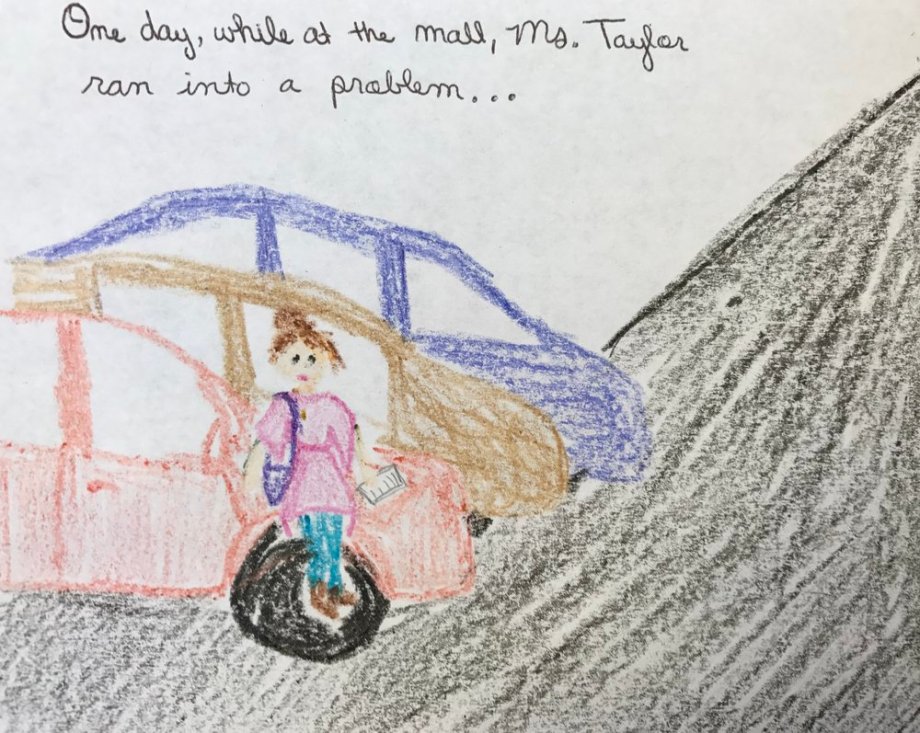 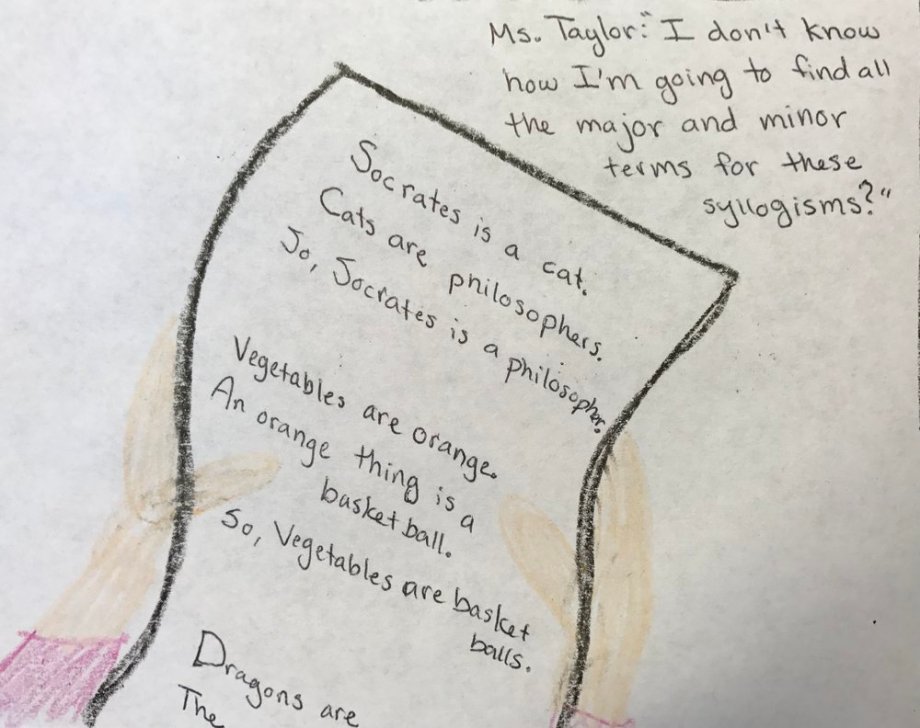 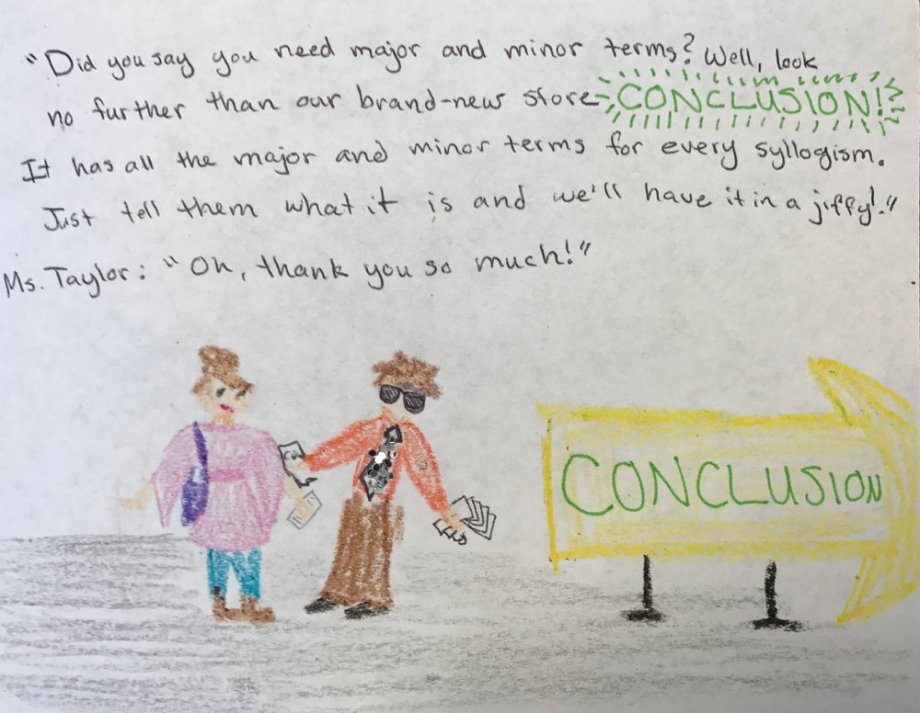 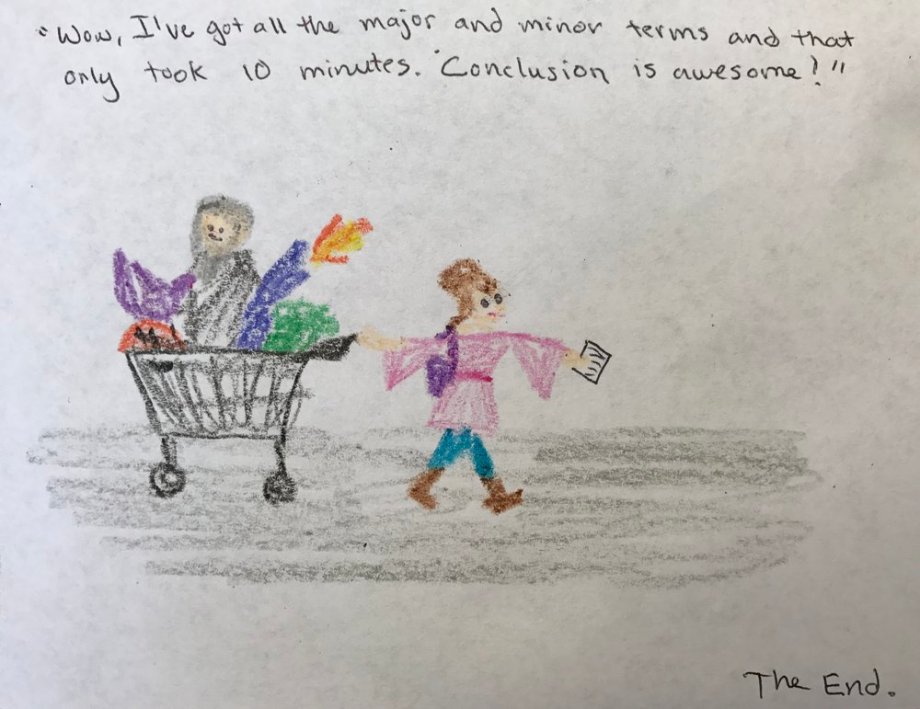